"Had the King of Sardinia held out for fifteen days, I would have been forced to withdraw to our start lines over the mountains"

The Kingdom of Sardinia was exhausted. After three years and a half of harsh mountain war with the foremost land military power in Europe, poorly supported by its untrustworthy allies - well-disposed but faraway England, the unfriendly Austrian Empire - it was finally reaching its breaking point. Undermined by subversion and facing political upheaval, its rundown Ancient Regime structure threatened to buckle.

Created in 1720 when Victor Amadeus II, formerly Duke of Savoy, sovereign of Piedmont and since 1713 King of Sicily, was forced to accept the island of Sardinia in exchange for the Sicilian kingdom, the warlike Alpine State successfully survived nearly an entire century of clashes between its neighboring superpowers, ably choosing the right ally to side with.

In 1792, however, after almost forty years of peacetime, King Victor Amadeus III - father-in-law of the French King Louis XVI's two brothers - turned down an alliance proposal put forward by revolutionary France and declared war on the new French republican regime. His - on paper - powerful, albeit old style, army should have made short work of the French revolutionary rabble... so not a few people were thinking at that time.

Instead, awfully led by old court fogeys, totally dazzled and unable to cope, it rapidly and shamefully lost two large provinces of the kingdom (Savoy and Nice) and barely managed to cling to the Alpine range barring the way into the Piedmontese plain and the vital hub of the State, Turin, the capital city.

Years of costly attrition war on top of Europe's tallest and most rugged mountains followed. The French could not overcome the Sardinian Army's tough resistance, but they came very close to bringing Piedmont to its knees in 1794 - only the traumatic downfall of Robespierre's Terror regime saved the kingdom. On the part of the Piedmontese, a few limited successes and a great defensive victory - the battle of the Authion - could not offset several painful setbacks, Austria's hostile and uncooperative attitude, England's inadequate support and the gradual breakdown of the State, sieged by financial collapse, impoverishment and famine, and political subversion as French Revolution ideas gained a foothold across segments of the middle class.

Now Napoleon Bonaparte is about to lead his army to stunning victory and glory, and for the old kingdom, the writing is on the wall. 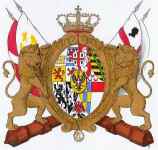 Arms of the Kings of Sardinia

The last battle of the Ancien Régime Sardinian Army is widely unknown today. The celebrated study in Bonaparte's 1796 campaign, Martin Boycott-Brown's "The Road To Rivoli", doesn't pay much attention to the mighty Austrian Empire's junior partner - junior, but performing overall better than its bigger ally. Not many readers of epic Napoleonic stories are aware that the constantly ignored, neglected Piedmontese, a footnote in Napoleonic military history, won two defensive battles over some of Bonaparte's best subordinates; inflicted grievous casualties on the French Army in savage hand-to-hand combat; their cavalry smashed their French counterparts in a desperate and successful bid for covering the army's retreat; and as the armistice was being signed the bulk of the Piedmontese force was still fully operational and ready to fight to the bitter end. One of Europe's oldest standing armies met a glorious end at the hands of Europe's greatest military leader. 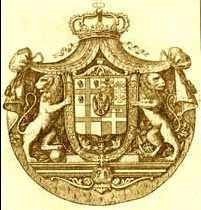 Arms of the Kings of Sardinia